We can campaign for separate facilities to protect our dignity — and distinct record-keeping that recognises our success — but let’s leave female sport to female people. We owe it to our daughters. 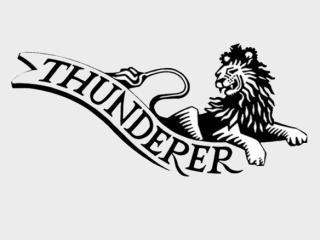 “Trans women are women” is more than a slogan, it’s a demand for compliance. But it’s also vacuous rhetoric that has led us away from truth and into a land of make-believe.

With a sense of entitlement rather than empathy, transgender campaigners have demanded access to status, scholarships and bursaries in sport and politics that were previously reserved for women. By carrot and stick — appealing to their good nature while denouncing dissenters as bigots — women have come under pressure to accept trans women like me not as allies but as actual women. Objections based on biology are dismissed as unkind in a world where feelings take precedence over facts.

However, inconvenient truth is still truth and in sport, biology matters when segregating the sexes. Whatever female hormones trans women might take, we are still on average taller, faster and stronger than women. We keep our larger hearts and male muscles, and we do not lose bone density. Last month The Times reported the case of Maxine Blythin, a transgender cricketer who averages 15 runs when facing male bowlers and 123 runs when facing women. Blythin is targeting one of the 11 places in the England women’s team. Good for her; not so good for the woman she displaces.

In other disciplines the inclusion of trans women is not only unfair, it’s unsafe. The Welsh Rugby Union allows a trans woman, Kelly Morgan, to play women’s rugby if her testosterone is suppressed below a certain level. Lots of men have similar hormone levels, such as those being treated for cancer, but nobody is suggesting they play women’s rugby.

Research backs up my own experience: we trans women maintain a competitive advantage over women when we transition, despite hormone treatment. Jessica Minty-Madley, Morgan’s team captain, recalled the time Morgan folded an opponent “like a deckchair”. Morgan sees the problem and asks the right question: “I feel guilty but what can you do? I don’t go out to hurt anybody, I just want to play rugby.”

The answer to this problem is staring us in the face. We trans women should compete against, and alongside, men in open competition. We can campaign for separate facilities to protect our dignity — and distinct record-keeping that recognises our success — but let’s leave female sport to female people. We owe it to our daughters.

* This article was first published by The Times on 3 September 2019: We trans women should compete only against men.

One thought on “We trans women should compete only against men”

All posts are my own work, and comprise my personal views and opinions. Some posts have previously been published elsewhere and are reproduced here by permission.
Follow Debbie Hayton on WordPress.com