As a transgender woman myself, I worry that the backlash won’t be limited to the activists who try to force their views on everyone else – but against the entire transgender community. 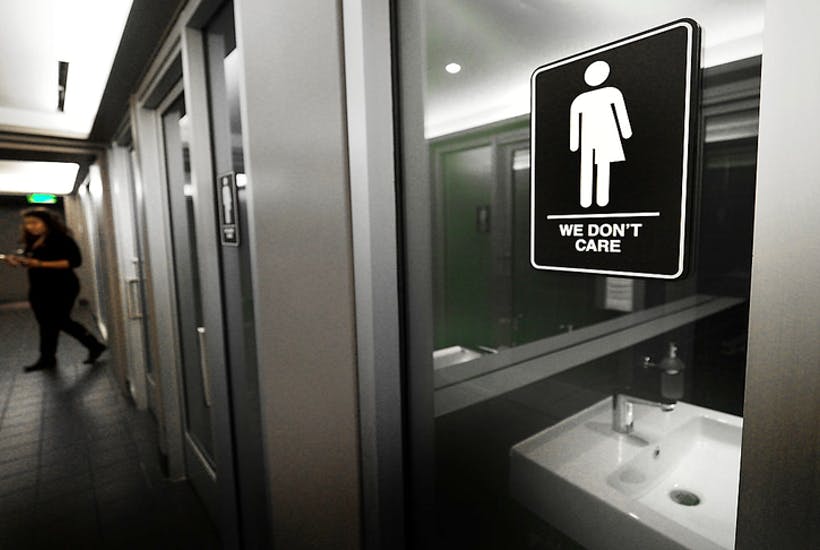 While Westminster understandably has its mind on other things, the transgender debate – which you might have expected to calm down after last year’s consultation on the Gender Recognition Act (GRA) – rumbles on with its trademark ferocity. And as two stories have this week have shown, its proponents continue to take no prisoners.

It started with a motion at Gateshead Council, put forward by Leigh Kirton – a Labour councillor – stating that ‘marginalised groups’ should be ‘fully protected in ways which ensure freedom of self-expression and protection from harassment’. The underlying issue, once again, was the GRA debate, and the concern that women’s groups were being targeted for expressing their views (including by having their meeting venues cancelled). The motion affirmed that groups affected by GRA reform had the right to discuss the issue and that ‘any request for use of public buildings for such purposes will be allowed.’

Quite right! That should not even be controversial in our democratic society. I suspect the average Gateshead resident would wonder why a statement so prosaic even needed to be debated in the first place. Although, if they’d witnessed the response from the transgender thought police, they’d have realised exactly why that was so.

Joining the resulting outcry were LGBT Labour who issued a statement condemning the motion, which they insisted was ‘damaging to the trans community’. ‘We have written to the Councillors who have proposed the motion asking them to withdraw it and meet with us’, they clarified in a tweet.

In the second case of activists seeking to silence women, the rector of Edinburgh University, Ann Henderson, faced calls for her sacking after she dared to retweet a message from the feminist group Woman’s Place UK – a grassroots body which campaigns to protect single sex spaces. Now LGBT Labour is calling for Henderson’s election to be ‘reconsidered’.

How has it happened that transgender rights have been elevated to such a position that they cannot be debated for fear of upsetting transgender people? And that women expressing concerns over perfectly sensible issues – like whether any natal male prisoner should have the right to be rehoused in a women’s prison – should be automatically denounced as bigots and transphobes?

The truth is that what should be a legitimate public debate around how we understand gender, and how we support transgender people to live the most fulfilling lives possible, has instead become dominated by ideology: one which seeks to minimise the opportunity for women to investigate, analyse, and think for themselves.

Take the events in Gateshead, for example. For all the bluster on Twitter, all Councillor Kirton’s motion sought to do was to ask the government to do four things:

(i) to conduct a more expansive public consultation on how self-identification would impact upon women-only services, sports and spaces;

(ii) to defer changes to the GRA until a review is conducted on the resulting impact on the Equality Act (which, amongst other things, governs the rules around single-sex spaces);

(iii) to research the impact of self-ID upon data gathering (for example, data on the gendered impact of crime, or in relevant public health statistics); and

(iv) to oppose the principle of self-identification unless satisfied that there are adequate checks and balances to protect women’s safety, privacy, participation in public life, and political representation.

Rather than engage with these questions, the activists behind LGBT Labour demanded the motion was scrapped – and then tweeted triumphantly when the councillors deferred the motion. A democratically-elected council was therefore giving way to an external body in order to avoid being accused of bigotry.  This, whatever your politics, is nothing to be celebrated.

My main concern is how the wider public will see these events, and that their patience will inevitably wear thin with transgender activists (that is, if it hasn’t already). As a transgender woman myself, I worry that the backlash won’t be limited to the activists who try to force their views on everyone else – but against the entire transgender community. Hence why I am adamant in speaking out that many of us share the concerns of groups like A Woman’s Place.

We must move transgender politics from the emotional back to the rational. And unless we can debate these questions in council chambers and university campuses, how can that possibly happen?

* This article was first published by The Spectator on 25 January: The difficulties of questioning the transgender dogma

17 thoughts on “The difficulties of questioning the transgender dogma”

All posts are my own work, and comprise my personal views and opinions. Some posts have previously been published elsewhere and are reproduced here by permission.
Follow Debbie Hayton on WordPress.com